This is the name that Freedberg gave to the group of painters trained and/or influenced by Bronzino, but who rejected his ideas in favour of a more naturalistic painting. The main one was Santi di Tito, an artist from San Sepolcro who trained with Cellini in Rome. On his return to Florence in 1564, Santi wrestled with the implausible project of bringing mannerism and naturalism together. Eventually he wearied of mannerism altogether and returned to the classical high renaissance. His beautiful Holy Family recently purchased by the Met still shows the residue of Bronzino, but its grace and easiness suggest an artist who has returned to the principles of classicism, notably Sarto and Raphael. 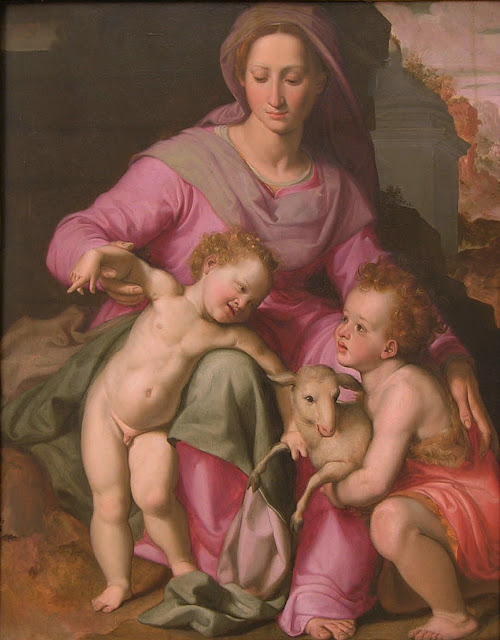 As his career progressed, Santi’s art became more realistic and in tune with some of ideals of the Counter-Reformation. Freedberg is right to say that his late altarpieces are not separate stylistically from those of the seventeenth-century. What could be called Santi’s masterpiece, the Vision of St Thomas Aquinas could be aligned comfortably with art produced by the likes of post- Caravaggio artists such as Orazio Gentileschi who modified Caravaggio’s realism and blended it with his refined classicism. Also noticeable is matter-of-factness in the St Thomas countering, but paradoxically aiding the appearance of a divine vision. This treatment of religious art which eliminates the aesthetic qualities of maniera in favour of more direct piety is commensurate with the demand for clarity in art called for by the Council of Trent. 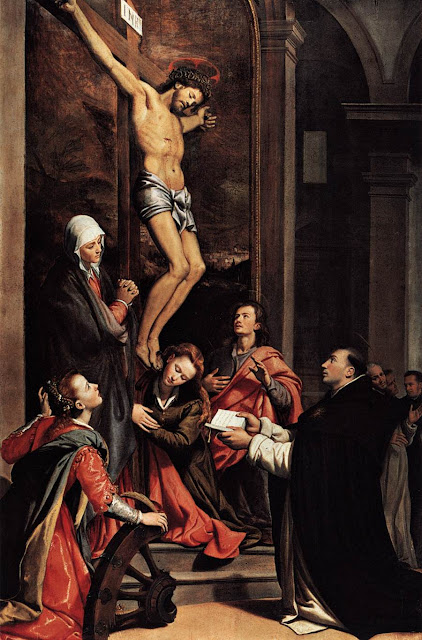 Other reformers like the Venetian Jacopo Ligozzi who came to Florence not only strayed from the style of mannerism but also its sources. Instead of drawing sculpture or avidly assimilating Michelangelo’s art, Ligozzi painted watercolours of birds and animals for clients of a scientific bent. Naturalism found its way into such devotional images as Agony in the Garden, though its strident colours sit oddly with his naturalistic observation of the landscape. 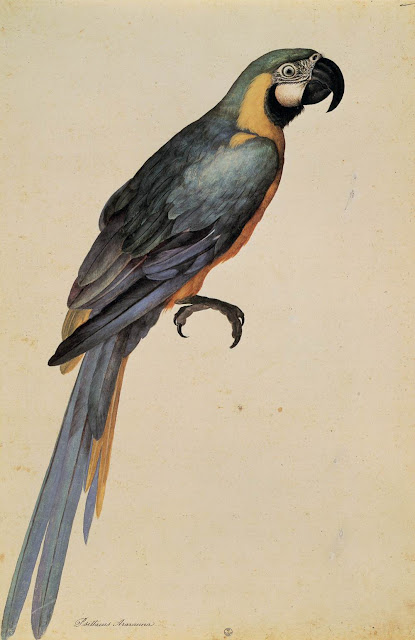 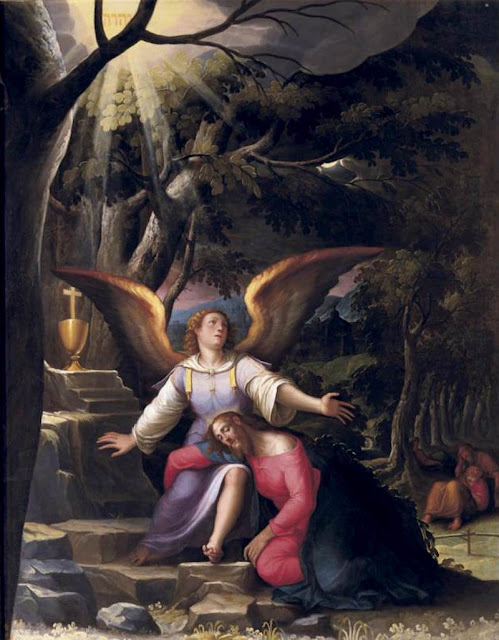 With most of its major pieces taken, and time running out Florentine mannerism found itself facing checkmate. In the next century Florentine artists like Francesco Furini would take their cue from Caravaggio and the heirs of Leonardo, not the school of Pontormo. His "Judith and Holofernes" betrays his debt to Caravaggio. 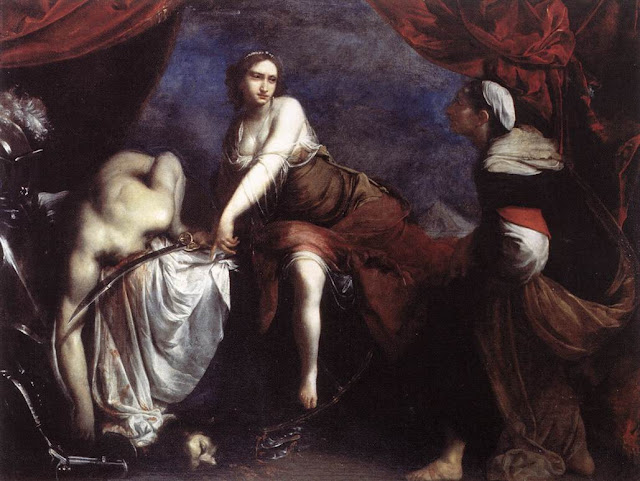